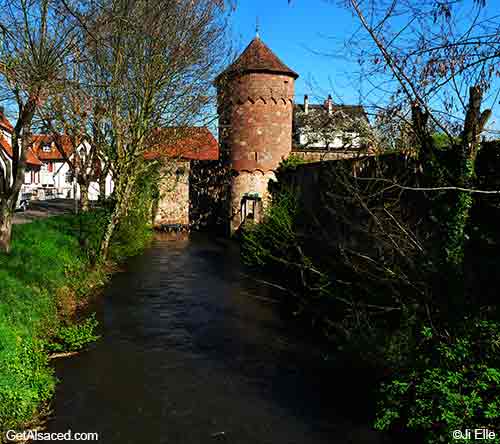 Wissembourg France is a beautiful little town in Alsace.

It's one of the must see sites in my first guide book on the northernmost part of Alsace and Strasbourg.

You don't hear about it as much mainly because it's right on the northern border, so it appears to be out of the way if you're planning to visit the more talked about wine road villages in central Alsace.

On its own, it is just as charming as the more famous villages...

In fact, it has a lot of late medieval buildings (1500s-1600s)...more than some of those well known villages on the wine road!

Hopefully you'll find everything that you need to know about Wissembourg France... 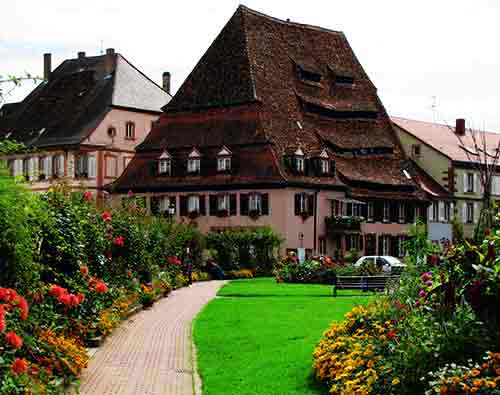 Northern Alsace is a less touristy area even though it's only about an hour and a half from the Colmar area (depending on exactly where you are going).

Distances given are the approximate distances from the center of Wissembourg France.

Looking for Hotels in Wissembourg France?

The Citotel d'Alsace is a nice little two star hotel at a very reasonable price only 200 meters from the town train station. Clean rooms, breakfast buffet at a reasonable price...nothing bad to say about it!

The Hotel Moulin de la Walk is a an old mill (moulin in French) near the historic city center of Wissembourg, so you can easily take a leisurely walk there. They have an excellent restaurant and charming individually decorated rooms.

The Hotel de la Couronne is a very small hotel or even a bed and breakfast with only 10 rooms in an 18th century building in the historic city center of Wissembourg. Each room is decorated in a style that would suit an 18th century hotel. They have a very nice restaurant serving Alsatian specialties.

The Hotel Weiss is a small family owned hotel just a few steps from the center of Wissembourg. This hotel is also conveniently located near the train station. Each room is individually decorated. Parking and breakfast available.