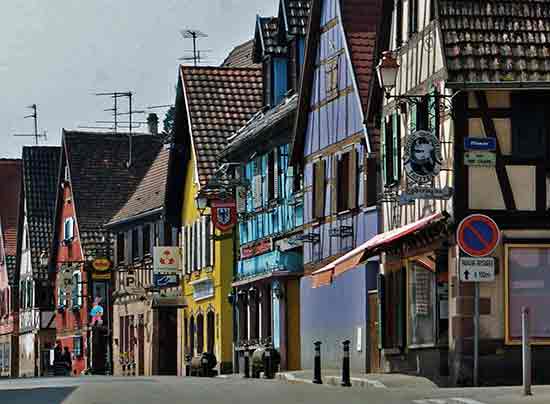 If you are travelling with children, Kintzheim is a very practical location for you...

You will be only a few kilometers or miles away from 4 very popular family attractions in Alsace and you'll still be on the wine road close to many fun "adult" activities too.

And it is most definitely a wine road village with 6 wine producers in town plus a wine cooperative.

The Roman "Salt Road" passes just by this village so you will find Roman remains and even Celtic ones on display in the village if you're interested... 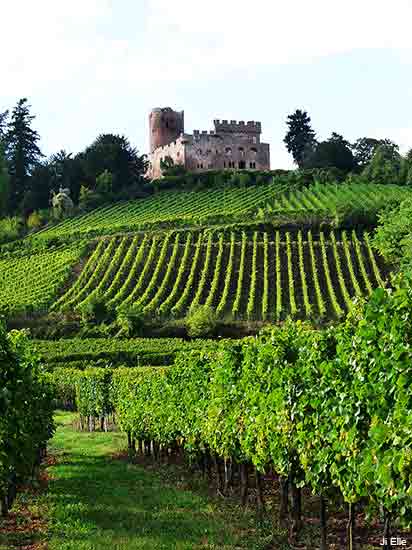 You'll definitely need a car to get to Kintzheim...

Unless of course you are feeling energetic enough to walk or bike the three miles from the train station in Scherwiller.

If you're planning on going to Volerie des Aigles, Montagne des Singes, Cigoland or Haut Koenigsbourg, a car is the easiest and best way to get there anyway.

You will be very centrally located near many very well known villages and attractions in Alsace and you can enjoy a nice quiet, peaceful stay in a less known village(with nice prices to match it!)

Distances given are the approximate distances from the center of Kintzheim.

Bergheim is a quiet little village on the Alsatian Wine Road just past Ribeauville. One of the most amazing things about Bergheim is how it was managed to preserve almost ALL of its medieval city walls. You can walk around the village and see them for yourself before or after trying some of the local wine and food.

Looking for a Hotel in Kintzheim?

Here's a lovely gite or vacation apartment next to the vineyards in this wine road village. You'll find an outdoor pool and a nice view of the Chateau  as well. Great for families. There are three apartments in all at this location.