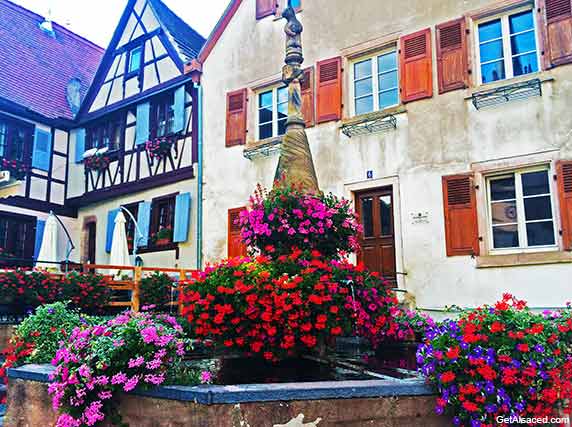 Everyone talks about Ribeauvillé and Riquewihr (and they are both beautiful villages) but for the life of me I will never understand why tourists aren't scrambling to find hotels in Dambach la Ville.

It is a beautiful little village in a perfect location!

And unlike other famous villages, staying in hotels in this village means you can take the train for those of you who aren't renting a car for your upcoming Alsace vacation...

Hopefully you'll find everything that you need to know about hotels in Dambach la Ville and Alsace... 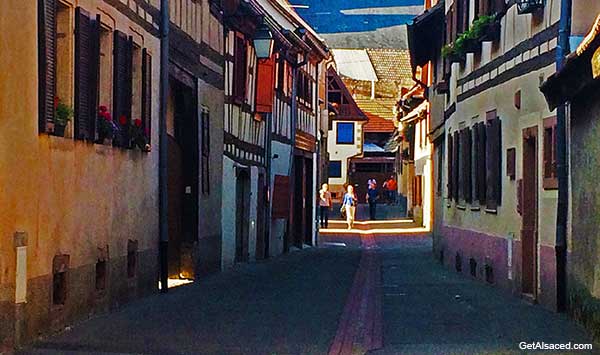 If you now find yourself looking for hotels in Dambach la Ville, you'll have plenty of options when you're ready to explore the surrounding area (even if you don't have a car)!

There are four villages listed here with train stops (and many more that aren't listed) and for those of you interested in doing some biking through the vineyards...

You can take your bike on the train and have access to even more villages!

Distances given are the approximate distances from the center of Dambach la Ville.

Here's an adorable little hotel that's more like a bed and breakfast built in an 18th century farmhouse. There are only 7 rooms, but they are all lovely with big wood beams and everything you would expect in a traditional Alsatian farmhouse. And very reasonable prices.