You might want to look at Molsheim hotels, if you would like some military history along with your wine tasting adventure in Alsace.

There are quite a few military history sites near Molsheim and you are still not too far from the Maginot Line forts in northern Alsace.

Of course Molsheim is famous for Bugatti, so not only are you surrounded by wine, vineyards, and medieval villages, you also get fast cars!

And if that wasn't already enough...

For those of you who are interested in ancient history, there are a few sites with both Roman and Celtic significance nearby...

Hopefully you'll find everything that you need to know about Molsheim hotels and Alsace... 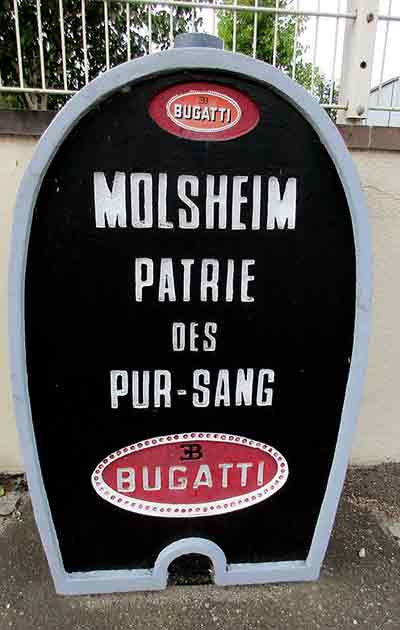 If you decide to stay in Molsheim hotels, these are the nearest attractions...

Lots of interesting things to do for anyone interested in military history, fast cars, ancient history, castles, beautiful Alsatian villages and of course wine!

And Molsheim has a train station for those of you who don't want to rent a car. In fact the train that brings you to Molsheim also makes a stop at the Strasbourg Airport and of course Strasbourg.

Distances given are distances from the center of Molsheim.

Mutzig is a small wine producing village in Alsace near Molsheim that is probably more famous for its beer than wine (although it has some excellent wine as well). And for those of you who love military history, there is Fort Mutzig built in the very late 1800s by the German Empire. If World War One history appeals to you, this might be a good stop for you.

The Hotel Restaurant Diana and Spa is a lovely modern design hotel with three stars that is part of a group of Molsheim hotels. And it's only a 5 minute walk from the train station. Rooms are air conditioned, breakfast, parking and WiFi are available. The spa offers a covered (and heated) pool, sauna and rooms for wellness/massage services. Good food in the restaurant.

The Hotel Le Bugatti is a modern style two star hotel near the former Bugatti factory (the new one is in nearby Dorlisheim). If you're looking to save some money on Molsheim hotels, this is a good hotel choice. Nicely decorated, clean rooms. Parking, WiFi and breakfast available. And you have access to the spa at Hotel Restaurant Diana and Spa at no charge.

The Villa Diana is a small apartment hotel in Molsheim offering large modern style rooms complete with kitchenette and free WiFi. Parking available. And because the Villa Diana is also part of this group of Molsheim hotels, you have access to the spa at Hotel Restaurant Diana and Spa free of charge.