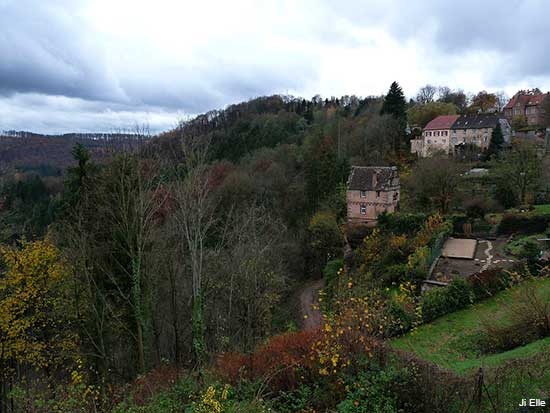 For such a small village, you wouldn't expect there to be so many La Petite Pierre hotels...

But La Petite Pierre is very popular and well known for its natural surroundings, light hiking and spas. It's a relaxing get away in the mountains...

It's a small village you will want to know more about and you can find out more about it in my guide book on the lesser known areas of northern Alsace and Strasbourg!

And in the winter, a chance to do some skiing and other winter sports!

Hopefully you'll find everything that you need to know about La Petite Pierre hotels and Alsace... 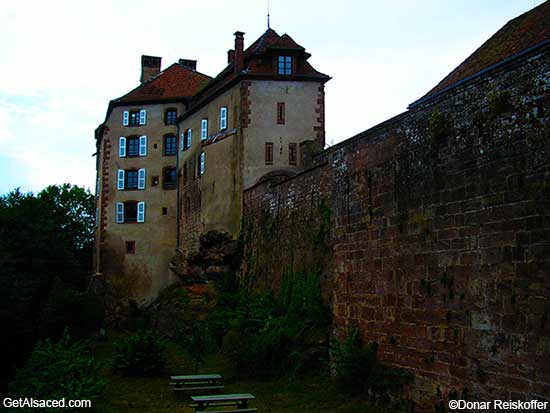 Northern Alsace may seem like a less touristy area, but there are lots of interesting things to do there.

It's only about an hour and a half from the Colmar area (depending on exactly where you are going).

Distances given are the approximate distances from La Petite Pierre.

Saverne has a very long and interesting history. There have been people living here since the Celts. You'll find remnants from the Celts and the Romans as well as a chateau and a medieval castle all within walking distance of each other.

Saint Louis Arzviller is the location of what could be described as a "boat lift" or "boat escalator". It's the only one of its kind in Europe. It's great for kids and there is a summer luge run nearby that your family will love!

Other than being just another adorable village in Alsace, you can find the oldest (and still standing) basilica in Alsace in Marmoutier. It was originally built in the 600s. Of course it's been repaired and enlarged over the centuries, but it's still a rare find. You can tour its cellars by reservation.

Au Lion d'Or could be considered one of the smaller La Petite Pierre hotels or a large bed and breakfast. Beautiful views, nice rooms, even a small spa (with treatment rooms, a small swimming pool, and jacuzzi) at a reasonable price. And if you're coming during winter, there is skiing very nearby.

If you're looking at La Petite Pierre hotels for a relaxing French spa experience surrounded by nature, this one might be for you... It is not the hotel for someone trying to keep to a budget, but the prices are not extravagant either. It's just a few kilometers (approximately 1 mile) outside of La Petite Pierre.

If you're looking for La Petite Pierre hotels with an old fashioned Alsatian style decor, this is the hotel for you. There is a choice of basic or beautifully decorated rooms. Some rooms with a great view. Spa facilities, breakfast and restaurant available.

Hotel aux Trois Roses is the budget hotel of the La Petite Pierre hotels. A bit outdated, but clean. Nothing remarkable, but nothing to complain about for the price if you're looking to stick to a budget.