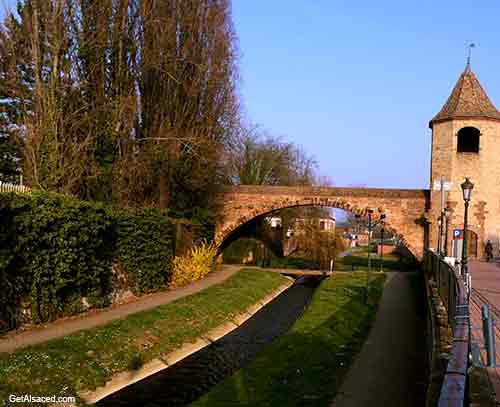 If you're looking for Haguenau hotels, you've come to the right place...

Unlike most of the interesting places to visit in Alsace, this town is not a little village anymore, but it's medieval city center is still there and has survived the many many conflicts that have passed through.

It's also in my guide book on Strasbourg and the northernmost parts of Alsace (lesser known, but well worth discovering)!

And Haguenau is very close to some other very interesting places to visit in Alsace!

In fact, if you're interested in this part of Alsace, Haguenau hotels are a good central location to use as a base for short day trips in northern Alsace.

And if you're staying in any city in Alsace with a train station, here's another town you can visit by train. 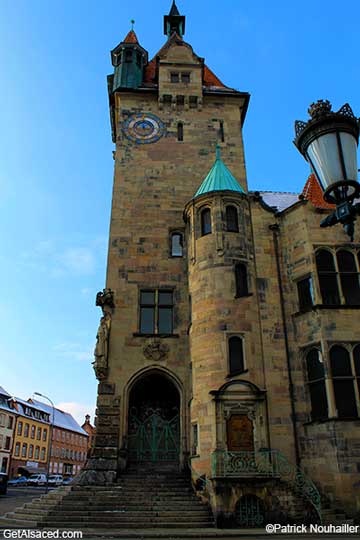 Haguenau is only 20 minutes outside of Strasbourg and less than an hour from Colmar. It has a train station so it's easy to reach if you're travelling by train.

All distances given are the approximate distance from the center of Haguenau.

The Hotel Campanile Haguenau is a great choice if you're looking for discount Haguenau hotels just off the highway. This hotel is a little more than 1 mile or 2 km from the historic center of Haguenau. Campanile hotels will give you a basic clean room in a safe (and usually convenient) location near a major highway. Rooms are small, but air conditioned. Parking, breakfast and a restaurant available.

The Europe Hotel is about 1 mile or 2 km from the historic center of Haguenau. Like most hotels in France the rooms are a bit small and could use some redecorating. Breakfast is very good and there is an outdoor swimming pool.

The Ibis hotel in Haguenau is a good choice if you're interested in discount Haguenau hotels right next to the highway. It's about 2 miles or 3 km from the historic center of Haguenau. Rooms are small, but air conditioned. Breakfast and parking is available.

The Hotel les Pins is a charming little family owned hotel and restaurant in a quiet and peaceful area about 2.5 miles or 4 km from Haguenau. Restaurant specializing in both French and Alsatian specialties with a very good wine list. Rooms are individually decorated. Very good customer service.

There are two Champs d'Alsace Haguenau hotels. This one is just across the street from the train station near the historic district of Haguenau. Rooms are individually decorated. Breakfast and parking available.

As you would expect the Hotel Champ d'Alsace Aerodrome is located near the Haguenau airport. It's about 2.5 miles or 4 km from the city center of Haguenau. Rooms are air conditioned and individually decorated. Breakfast and parking are available as well as a restaurant serving Alsatian specialties.