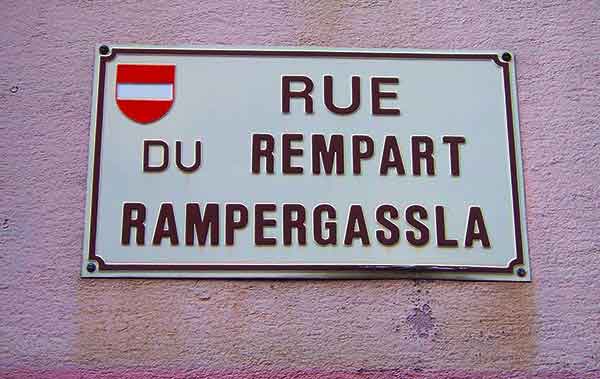 There are actually a quite a few different versions of the Alsatian language and other dialects that have a lot in common with it.

First of all, there are two main forms of the dialect:

From my personal experience, the main difference is the pronunciation.

Sometimes the vocabulary is different.

But it's the way it is pronounced that throws me off the most.

I live in the Haut-Rhin (High Rhine) area so I hear the southern dialect the most. I know people who speak the Bas-Rhin dialect.

I don't always understand everything.

But it's not like listening to Chinese or any another language I don't understand.

So every day is a linguistic adventure!

I learned the Alsatian language (as well as a Swiss-German dialect known as BaselDeutch or Basel German) because I have heard it on a regular basis ever since I moved to Alsace.

It's not the sort of language you can normally take a course on. 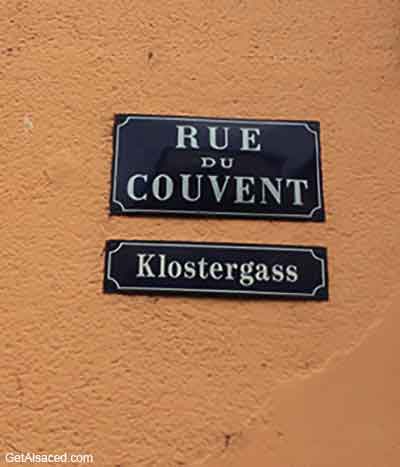 Outside of Alsace, I doubt there are many.

I have heard people repeating certain words and over time have figured out what they mean.

It helps that I studied High German in college.

Sometimes the Alsatian word is nothing like the German word and even when it is spelled similarly, it is rarely pronounced the same.

In fact, when we made a trip to Berlin...

Everybody had a difficult time understanding me because I have a habit of using the dialect instead of High German.

But in reality each area of Germany has their own dialect too...because they were originally individual principalities or countries back in the days of the Holy Roman Empire.

Other than the TV and foreigners who only speak High German, I almost never hear anyone speaking it... 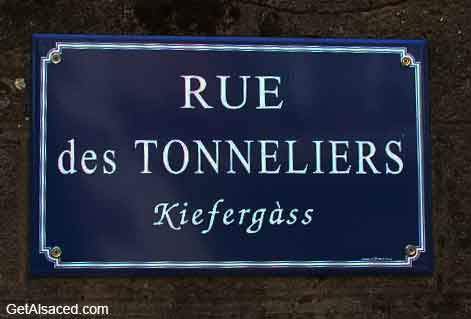 The entire region speaks similar dialects including parts of Baden-Wurtemburg in Germany, the German speaking part of Switzerland (which is about 60% of Switzerland), and Alsace.

A long time ago, all of this region was part of the Holy Roman Empire.

They weren't parts of different countries.

They were all connected by the Rhine and they were in constant contact with each other...

Except for having to show your passport to someone at a border crossing occasionally. 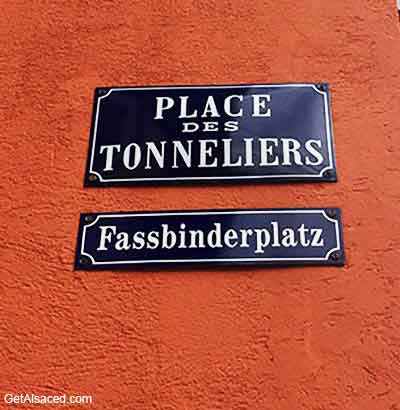 Even before the French and German languages existed, people in this region were speaking a distinctly different language than people further west.

We know they did because a few of Charlemagne's grandchildren made official written oaths in 842 A.D.

It's one of the first examples of written French or German.

So, there's more to it than just the Alsatian dialects of which there are quite a few...I know of at least four or five different versions of Alsatian personally.

Swabia or Baden in Germany have similar dialects too. And the German speaking areas of Switzerland speak nothing but dialects.

Every Swiss canton in the German speaking part of Switzerland speaks a different Germanic dialect and they only use High German when it is absolutely necessary.

More Information about the Alsatian Language

Examples of the Alsatian Language

Who Speaks Alsatian and What Language Do Alsatians Speak?