Looking for a Hotel in Albé? 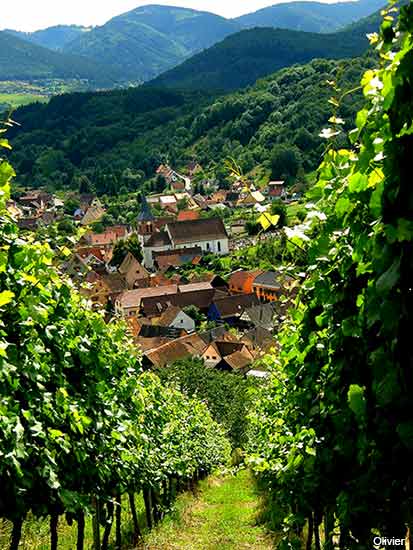 If you're considering staying in a hotel in Albé, you will have a lot of different activities to choose from...

Because it is one of the 18 villages of the Val de Villé area in Alsace!

You can look forward to tasting fresh hand made cheeses at dairy farms, tasting hand made whiskeys, fruit brandies and fruit liqueurs at local distilleries, eating fresh made foods at local farmhouse restaurants and much much more...

And it is also a wine producing village so you'll find vineyards and local wine producers as well.

A hotel in this village or Val de Villé (Villé Valley in English) is also a great place if you are travelling with kids because you'll find horseback riding (and pony rides too), paragliding and skiing and sledding in the winter.

Alsace Daytrips from a Hotel in Albé 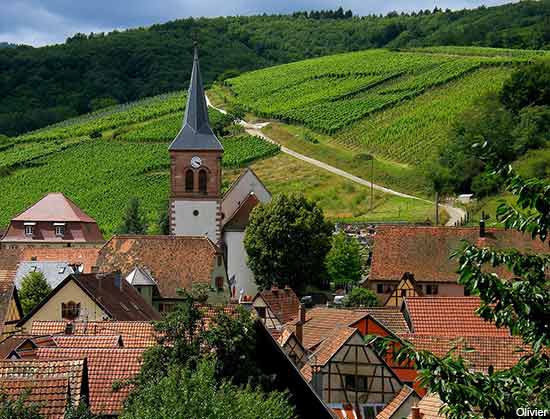 If you're considering staying in a hotel in Albé, you'll need a car...

None of the villages in the Val de Villé have train stations, but they are relatively close to each other and you can easily hike from one to the other (or rent a bike and make a short bike ride if you prefer) if you choose to stay at a hotel in Albé.

You'll find more information about scenic hikes from village to village in the tourist offices in some of the different villages of Val de Villé.

And there are plenty of interesting Alsace attractions just a short drive away from Albé which is unusual considering that Albé is in a valley in the Vosges mountains.

Distances given are the approximate distances from the center of Albé.

Looking for a Hotel in Albé?

Les Cigognes isn't really a hotel in Albé. It's more of a vacation club with appartments available to rent. They come with kitchens and all the necessary equipment to cook food. There is an outdoor swimming pool and play areas for children. Volleyball and Tennis courts. A restaurant serving breakfast, lunch and dinner is available as well. There are fun activities planned every day for children and adults free of charge. Wifi and parking are available.